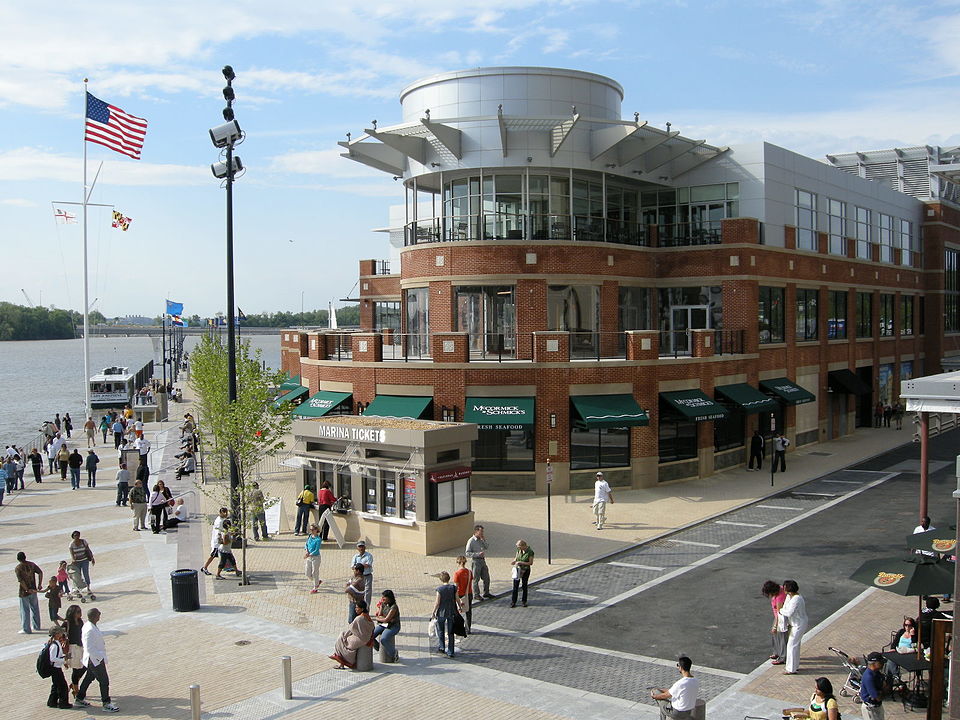 National Harbor is a census-designated place (CDP) in Prince George's County, Maryland, United States, located along the Potomac River near the Woodrow Wilson Bridge and just south of Washington. It originated as a 300-acre (1.2 km2) multi-use waterfront development. The population was 3,788 at the 2010 census.

The site has a convention center, six hotels, restaurants, shops, and condominiums. National Harbor hosted Cirque du Soleil in 2008, 2010, 2012, and 2014 and also features outdoor activities such as a culinary festival and outdoor concerts by military bands, an outdoor movie screen facing the river, an annual ice sculpture exhibition, and a Peeps Day with a Peeps eating contest. The national spelling bee competition is held there. The Gaylord National Resort & Convention Center, with 2,000 rooms, is the largest hotel between New Jersey and Florida, and the largest in the Washington area. The site includes a beachfront walking path and a connection to a bike trail on the Woodrow Wilson Bridge that crosses into Alexandria, Virginia. Amusements include a children's carousel, and the Capital Wheel, a 175-foot Ferris wheel on a pier that extends into the Potomac River.

And, if you haven't already, be sure to register for a free account so that you can receive email alerts whenever new National Harbor listings come on the market.

$927,420
Neighborhood: Potomac Overlook At National Harbor
627 Halsey Way
National Harbor, MD 20745
3
Beds
4F11/2
Baths
2,580
Sq.Ft.
2023
Year Built
26
Days on Site
MDPG2067144
MLS
Special promotion: 35,000 in closing cost assistance available. ***Must use builder's preferred lender
and title to receive closing cost assistance***. Sales office is open daily 10-5pm. Interior...
Pearson Smith Realty, Llc
The information being provided by Bright MLS is for the consumer's personal, non-commercial use and may not be used for any purpose other than to identify prospective properties consumer may be interested in purchasing. Any information relating to real estate for sale referenced on this web site comes from the Internet Data Exchange (IDX) program of the Bright MLS. The Fine Living Group is not a Multiple Listing Service (MLS), nor does it offer MLS access. This website is a service of The Fine Living Group, a broker participant of Bright MLS. This web site may reference real estate listing(s) held by a brokerage firm other than the broker and/or agent who owns this web site.