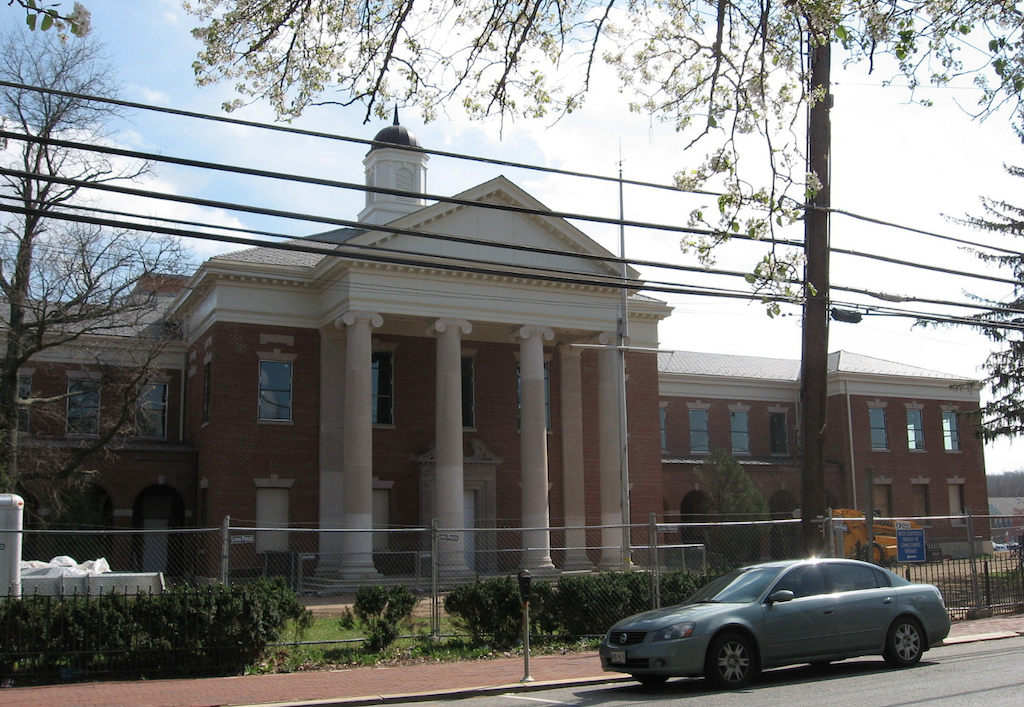 Upper Marlboro, officially the Town of Upper Marlboro, is the seat of Prince George's County, Maryland. As of the 2020 census, the population was 652. A large urban and suburban area of some 850,000 people adjacent to Washington. U.S. Route 301 and Maryland Route 4 intersect at the edge of town. The northern terminus of the Stephanie Roper Highway (Maryland Route 4) is in Upper Marlboro at the intersection of Pennsylvania Avenue and Water Street. Major features of the town include the courthouse, jail, county office building, board of education, and a lake with a walking path. Just to the south of town is the Prince George's Equestrian Center which is the location of the annual county fair, a major annual antiques show and The Show Place Arena on the former Marlboro racetrack grounds. This arena is used for events such as hockey games, circuses, rodeos, conventions, trade shows, and graduation ceremonies of many regional high schools, as well as daily overflow parking for county governmental employees, jurors, and visitors.

Enjoy living in a single family community nestled in a quiet wooded setting, yet still only minutes...
Nvr Services, Inc.

$319,900
Neighborhood: Chester Grove
2923 North Grove
Upper Marlboro, MD 20774
2
Beds
3F11/2
Baths
2,105
Sq.Ft.
1984
Year Built
3
Days on Site
MDPG2069236
MLS
Nice townhouse with 3 finished levels. Well-kept with 3.5 baths. Both top floor bedrooms are master bedrooms with private full bath. Finished basement. May put third bedroom if wanted. Home Partners...
Save 6, Incorporated
The information being provided by Bright MLS is for the consumer's personal, non-commercial use and may not be used for any purpose other than to identify prospective properties consumer may be interested in purchasing. Any information relating to real estate for sale referenced on this web site comes from the Internet Data Exchange (IDX) program of the Bright MLS. The Fine Living Group is not a Multiple Listing Service (MLS), nor does it offer MLS access. This website is a service of The Fine Living Group, a broker participant of Bright MLS. This web site may reference real estate listing(s) held by a brokerage firm other than the broker and/or agent who owns this web site.